Get fresh music recommendations delivered to your inbox every Friday.
We've updated our Terms of Use. You can review the changes here.

from Future Days by Gravity Noir 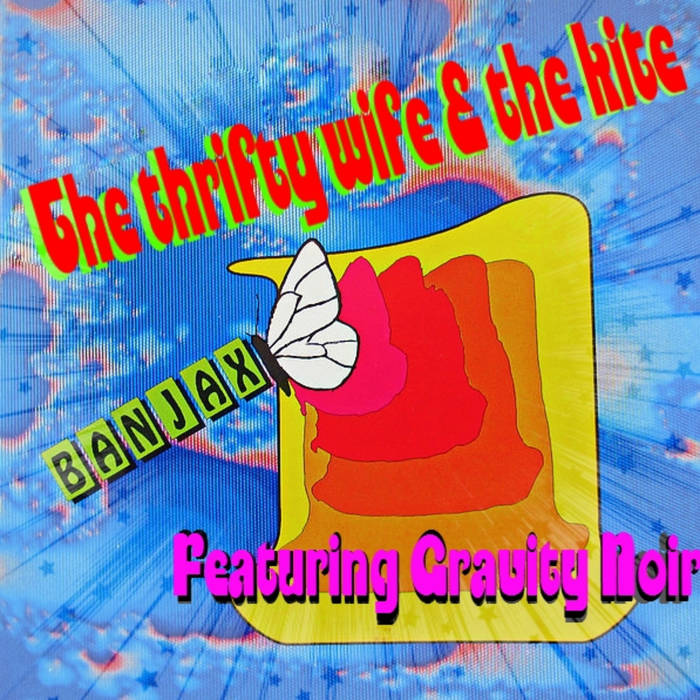 Banjax was a folk and ceilidh-dance band based in Hastings on the south coast of England, mainly active during the 1990s. The name is a play on words, referencing the fact that its members were initially drawn from the members of the local Mad Jacks Morris dancers.

The band initially coalesced more or less organically around the iconic figure of Dave Roberts, a melodeon player who for some years had been a member of the folk super-group Blowzabella before he moved to Hastings to take up a job teaching at the local college. The initial line-up of Banjax was as follows (in alphabetical order); Peter Bolwell (saxophone and recorder), Brian Chainey (drums), Gilly Henry (later to be known as Gilly Linn – violin and recorder), Dennis Langley (concertina), Keith Leech (trombone), Cliff Mason (bass guitar), Pete Moore (trombone and vocals), Neil Parker (recorder and lead guitar), Lynda Ridley (recorder), Dave Rimell (rhythm guitar) and Dave Roberts (melodeon and whistle).

Banjax was basically a ceilidh-dance band, and ceilidhs require a "caller" to direct the dances and guide people through the movements before and during the performance. Unlike many such bands however Banjax did not need to work with external callers, since both Dave Roberts and Keith Leech were well able to do this themselves.

Banjax was always a big band with a big sound. From the start however they were resolved not simply to play the melody of the tune over and over as long as the dance required, as so many folk dance bands were prone to do, but to make the music interesting enough so that even those who were not dancing would find it worth listening to. The arrangements of the music were always therefore an important and characteristic feature of the band's sound.

In the early 1990s Banjax travelled with their own sound engineer, Dave Lock (another dancer from Mad Jacks Morris) and as a sign of their increasing self-confidence they felt the time was right to make a proper full-length album, which was released in 1992 on Compact Disc and cassette under the name "Chaos in One" (this time a quotation from Friedrich Nietzsche!) The album, produced by Neil Cartwright, received favourable reviews at home and abroad, in the premier British folk magazine "Folk Roots" and also in "Dirty Linen" published in Maryland, USA and "In Folk Us" in South Australia. Radio Two's Jim Lloyd ("Folk on Two"), writing in "Folk Roots", chose it amongst his Top Ten releases of 1992, and it was even said that the album was being played to passengers flying on Virgin Airlines flights between Britain and the USA!

About this release:
For the very first time since 1992, "The thrifty wife & the kite", one of the tracks from the album "Chaos in One" is once more released in digital format. This was made possible by Keith Leech, who wrote the song, and his cousin Patrick Knight (Gravity Noir) who made the 2019 remix as a special tribute to the band Banjax. The EP also includes a special Christmas remix.

Gravity Noir is a Britpop band created in the early 90's with frontman, leadsinger, composer and producer Patrick Knight. Known for their cover versions from the 80's. Gravity Noir had many transformations during the years. Since 2016 Gravity Noir is back in the picture with new singles and 3 brand new albums 'Handmade', 'Liberation' & 'Future Days'. EDM (Electronic Dance Music) at it's best. ... more

Bandcamp Daily  your guide to the world of Bandcamp